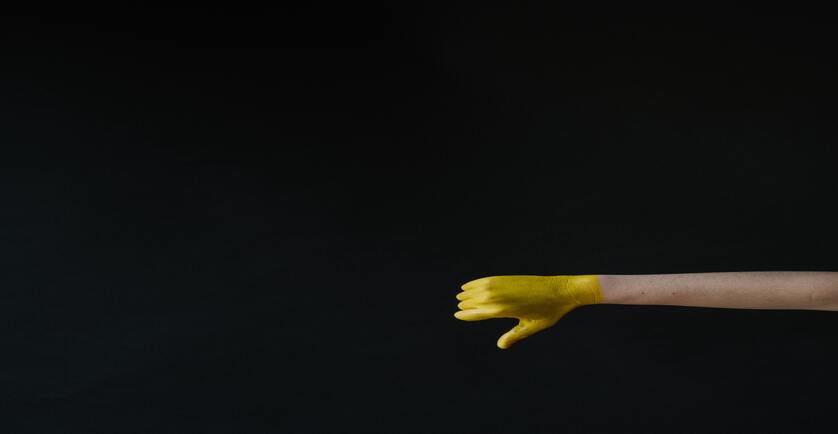 If you have been around as long as your humble authors, you will recall the world-beating Yellow Pages campaign from2000 that spawned the “NOT… HAPPY… JAN” catch-cry that is now etched in Australian cultural history and deployed by Australians to express disappointment with, well, anything. In the legendary advertisement that many claim is one ofthe greatest of all time, the main protagonist is played by Australian actress Deborah Kennedy. In a recent Darrell Lea ad, Ms Kennedy effectively reprises her role and continues the adventures of everyone’s favourite unhappy executive, along with her incompetent assistant Jan. The new TVC is effectively a remake, with a twist where Ms Kennedy states “NO WORRIES JAN” instead, after eating some Darrell Lea chocolate. Sensis (owner of the Yellow Pages) has sent the company a cease and desist letter, forcing the chocolate maker to pull their latest ad soon after launch. Why, and what are they claiming?

Much like Jan herself, Darrell Lea appears to have forgotten something important – to ask Sensis’ permission to use their well-known characters in another ad. But aren’t characters just make believe? Nobody owns characters, right?Well not quite. Sensis has claimed that the Darrell Lea ad, which was not authorised by them, “is misleading to consumers.” Sensis further claimed that in its view it was clear on social media that “a number of people believe YellowPages has endorsed this campaign which is not the case”. In Australia, the relevant action that would arise from this isknown as “passing off”.

What is ‘passing off’?

“Passing off” is a common law tort providing an action similar to an action for misleading and deceptive conduct. Passing off occurs when an advertiser utilises some form of expression or imagery that is commonly associated with a well-known brand or celebrity in their advertising, and does so in a way that implies that the brand or celebrity iscommercially connected to the advertiser or has endorsed the usage, and at the same time leverages the reputation ofthe brand or celebrity to promote itself. i.e. there is a free ride taken on the strong reputation of a third party property,and a representation of some commercial connection that does not exist. One limb is insufficient to trigger a successful passing off action, you always need both.

Passing off is commonly confused with copyright infringement. However copyright infringement occurs simply when a substantial portion of a copyright-protected work is reproduced without permission. Passing off goes one step further, whereby a passing off uses the relevant property in a way that suggests there is an endorsement or connectionbetween the subject and the advertiser. In this case the broad remake of the old TV ad, using the same characters and language, falls into this sphere.

It should be noted here however that the Darrel Lea “sequel” ad was a very close recreation of the original ad to the point that a copyright infringement claim would not have been out of the question either.

This case demonstrates that even an advertisement and its characters can generate a significant enough reputation for a brand in the market to support a passing off claim, as can the reproduction

of characters via lookalikes or soundalikes. Advertisements are not “in the public domain” by virtue of their publication, and essentially attract the same intellectual property rights as other films or TV shows would. Where advertisements or characters or other materials imply a commercial connection between two entities that does not exist, passing off is always a legal risk.

A historically important case (and still the key precedent in this area) was Pacific Dunlop Ltd v Hogan 23 FCR 553(1989) which involved Pacific Dunlop recreating the famous “That’s Not A Knife” scene in an ad campaign for Grosbyshoes. In that case, the actor Paul Hogan sued Pacific Dunlop for passing off and won, indicating that passing off actions are also available where the reputation in question is that of an actor, and the commercially valuable propertybeing misappropriated is that actor’s notable character from a popular film and the goodwill and recognisability associated with the same.

This present case serves to reinforce the risks of attempting to utilize or reproduce famous expressions or characters from notable films, TV and even other advertisements without permission. It is not beyond the realm of possibility that the subject of a particular usage could become aware of it and take action. If such complaints are not treated seriously and dealt with in a commercial manner, the penalties may be extreme. For example, not only could damages be awarded against the advertiser in a court case, but reputational damage could impact not only the advertiser itself but the advertising agency that created the campaign. In addition, the significant cost involved in creating the campaignmay be lost if the ads are forced to be discontinued, leaving their value unrealised. Therefore it is always recommended to tread extremely carefully when contemplating any campaigns that, intentional or otherwise, seek to leverage the reputation of unconnected third party properties.

In the meantime if you would like further information on the above and how it impacts on your next marketing campaign, please contact us.