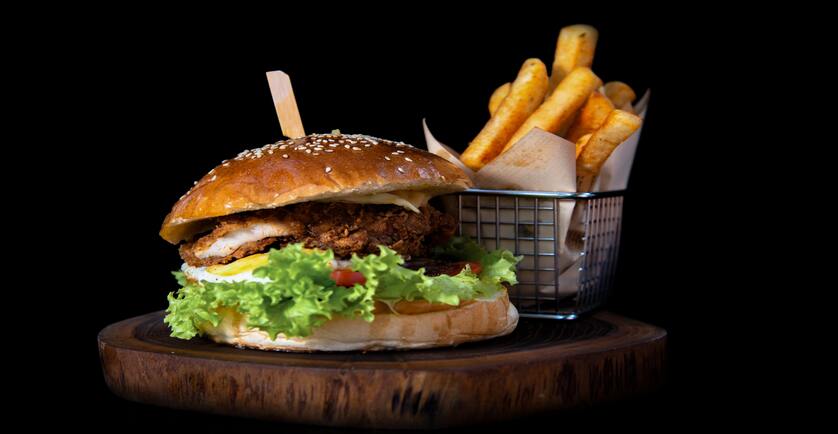 Australian actor Paul Hogan, famously known for the role of Mick “Crocodile” Dundee, has taken legal action against burger chain Grill’d in response to their continued use of the expression “That’s not a knife. This is a knife…” on knife packaging used for dining in their restaurants. Surprisingly, and arguably also dangerously, they credited the expression they use on the packaging to Paul Hogan’s character in the film “Mick Dundee”. The interesting thing to note with this case is that it is the actor, Paul Hogan, taking action for the misuse of the phrase. We explain why he thinks he has a case, and the potential danger here for Grill’d.

What is ‘passing off’?

Passing off is a common law tort that is similar to a form of misleading and deceptive conduct. It occurs when an advertiser utilises some form of expression or imagery that is commonly associated with a well-known brand or celebrity in their advertising, and does so in a way that implies that the brand or celebrity has endorsed the usage, and at the same time leverages the reputation of the brand or celebrity to promote itself. This being the case, even if an actor is not the ‘owner’ of the underlying copyright material, they could still be the victim of a passing off if a brand referenced a character they had played inappropriately.

Assuming it is not settled out of court, the outcome of this case will either reinforce existing case law surrounding passing off, if Paul Hogan is successful, or conversely it could represent a dramatic change in passing off law interpretation if he fails.

It should be noted that Paul Hogan has a history of fiercely protecting his image and use of Crocodile Dundee related imagery and wording. Two cases in the late 1980s, namely Hogan v Koala Dundee Pty Ltd & Ors 83 ALR 187 (1988) and Pacific Dunlop Ltd v Hogan23 FCR 553 (1989) played a significant role in shaping the modern interpretation of passing off common law in Australia. In the Koala Dundee case, Paul Hogan successfully sued a business that was selling koala toys dressed in a Crocodile Dundee costume in an unlicensed manner. In the Pacific Dunlop case, Paul Hogan successfully sued Pacific Dunlop over a “Dunlop” brand TV commercial that recreated the famous scene from the “Crocodile Dundee” film involving a mugging, substituting the knife referenced with references to leather shoes. If Paul Hogan is successful here it will be yet another reinforcement of his right to be associated with the expression “That’s not a knife, this is a knife”.

Conversely, Grill’d have attempted to downplay the seriousness of the claim and have openly mocked Paul Hogan on social media, going so far as to run a brief promotion called “Mick Dun-Free” between 14 and 17 December where they offered all customers a free drink if they used the expression “That’s not a knife, this is a knife” when ordering a meal. Grill’d have also publicly argued in the media that they believe the expression “That’s not a knife, this is a knife” is so commonly used and well-known that it has formed part of the Australian vernacular, and Paul Hogan has no claim of monopoly over it. It remains to be seen if this will form a formal part of their defence as they have not, as yet, filed the same. If it does, however, and the judge accepts this argument, and does not penalise their flaunting of the expression post-receipt of Hogan’s claim, it could form a very important precedent and impact the risk analysis of passing off cases moving forward.

In our view, this present case serves to reinforce the present risks of attempting to utilize famous expressions from films, TV and other IP without permission. It is not beyond the realm of possibility that the subject of a particular usage could become aware of it and take action. If such complaints are not treated seriously and dealt with in a commercial manner, the penalties may be extreme.

We will keep a close eye on this case as it develops and publish an update when a decision is handed down.

In the meantime if you would like further information on the above and how it impacts on your next marketing campaign, please contact us.