When does A ‘Flushable’ claim actually mean your product is ‘Flushable’? – Wet Wipes: to flush or not to flush? 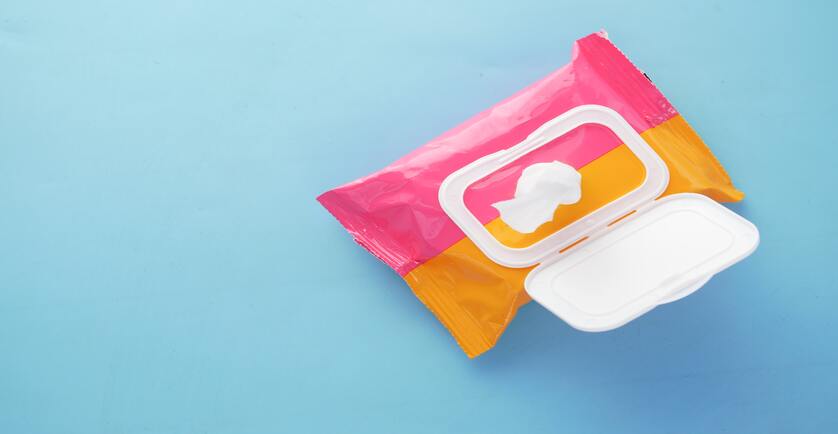 Since flushable wet wipes hit supermarket shelves in recent years, the Water Services Association of Australia has estimated that Australian water corporations have spent more than $15M a year in clearing blocked sewers caused predominantly by these products. But these products have been labelled and advertised as “flushable” so they can be flushed like toilet paper, right? Hm, sort of. What exactly is flushable? Is there some sort of implication that flushable means the product will degrade in water? The Federal Court’s recent controversial decision regarding flushable wipes has further blurred this line and made the situation even less clear.

In 2015, Australian consumer advocacy group CHOICE awarded Kimberly-Clark’s Kleenex Cottonelle Flushable Cleansing Cloths (Cottonelles) with a “Shonky Award”. After conducting tests of the flushable wipes, it was discovered that the product did not fully disintegrate for over 20 hours in comparison to toilet paper, which takes minutes. CHOICE lodged a complaint to the Australian Competition and Consumer Commission (ACCC) who took up the cause. Environmental claims must, like all other claims, be accurate and not misleading – “green washing” (making dodgy environmental claims to boost a product’s green credentials) is still a major problem and a point of enforcement emphasis for the ACCC.

The ACCC commenced proceedings the following year against Kimberly-Clark (also a manufacturer of other very popular household paper brands such as Huggies and Viva) alleging that in advertising its Cottonelle wipes as “flushable”, Kimberly-Clark were misleading its consumers to believe that the wipes share similar properties to toilet paper and would break apart quickly when flushed. Clearly, the ACCC wanted a big scalp in this case and was hoping to set the agenda in terms of what is an acceptable “flushable” claim in the market at the same time. Kimberly-Clark denied its claims amounted to false and misleading conduct, staunchly defending its flushability claims. Last month the Federal Court finally ruled in favour of Kimberly-Clark, which muddies the waters somewhat.

Why did the ACCC’s case fail?

Under the Australian Consumer Law (ACL), businesses are prohibited from making statements about their goods and services that are likely to mislead consumers or amount to misrepresentations about their performance characteristics. This includes claiming that goods are of a particular quality, value, composition, style or model or have had a particular history or particular previous use. False and misleading representations can occur in statements made during the course of advertising or a promotion, on-pack, or information provided in person or during correspondence.

The ACCC claimed that Kimberly-Clark contravened the ACL in misrepresenting their products as “completely flushable”, “able to be flushed in the toilet”, and able to “break down in sewerage system or septic tank”. Although the Court acknowledged that wet wipes, in general, make a large contribution to the problems experienced in Australia’s sewerage systems, it was not satisfied that there was sufficient evidence to isolate Cottonelles (or similar products) as the primary cause of sewerage blockages and therefore not suitable for flushing. The ACCC presented 28 consumer complaints about household blockages during the period Cottonelles were sold but the Court deemed these instances as “limited circumstances”. It seems like the Court simply did not have enough to go on to tie these environmental problems with the products in this case.

More importantly, it was found that Kimberly-Clark reasonably relied on international guidelines to determine the flushability of its products. The Cottonelles met flushability requirements set out by the International Nonwovens and Disposables Association and European Disposables and Nonwovens Association. For clarity, there is currently no Australian standard or guidelines to determine “flushability” and thus support such claims.

What consequences did Kimberly-Clark face?

When proceedings were brought against Kimberly-Clark, the ACCC sought declarations, pecuniary penalties, injunctions, corrective notices, compliance program orders and costs. The ACCC were successful in a similar case last year. Commenced at the same time as the Kimberly-Clark lawsuit, Pental Ltd and Pental Pty Ltd (Pental) were scrutinised for their White King flushable toilet and bathroom cleaning wipes, a similar conceptual scenario to the Kimberly-Clark case.

However, for Pental, in addition to wording on its packaging, the promotional materials for the White King products included statements such as “Simply wipe over the hard surface of the toilet…and just flush away” and “White King Toilet wipes are made from a specifically designed material, which will disintegrate in the sewage system when flushed, just like toilet paper”. These statements were later admitted by Pental to be false. Pental were fined $700,000 and ordered to undertake a compliance program.

The ACCC is currently considering the Federal Court’s decision. There is a possibility of appeal for the ACCC and there are already discussions for an Australian definition of “flushability” to be introduced. If such a standard definition was introduced to the market, much like the “free range” industry standard a number of years ago, it will then be a matter of the industry shifting towards uniform adoption over time.

This case is a reminder to all businesses of the need to make accurate claims about their products. It is important to ensure that products do what they claim they do, and especially where the claims have an environmental focus. Businesses must be able to think about all claims literally to support claims with evidence. Despite its “flushable” wipes not completely disintegrating the way toilet paper does when flushed, Kimberly-Clark was able to rely on satisfying international “flushability” guidelines and was found not to be misleading its consumers as a result.